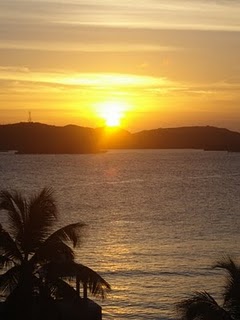 Echoes of a time
maaaaama-maaama-maaaamamaaaaaa?
shush, hush, shush, hush, whispers to myself in the dark
a dog barks – a big dog running in the field coming home
the yowl of that Siamese cat – petite and perfect and a killer
maaaaama-maaama-mama?-
chirps in the sunsetting air swooping arcs of bats lovely in distance
the sea slapping against the shore outside the open window
that guttural growling groan – ecstasy disguised as pain
the silly pop of unsunctioning slick skin from slick skin
rain battering the tin roof billions of golf balls banging and then silence
the run of fresh water pinging on the downspout pouring into the cistern
maaaaama-maaama-mamaaaaa?
little lips smacking so shockingly loud against my breast
whop-whop-whop wood bladed ceiling fan– creaking ancient a/c
that certain sigh slipping one time too many at the wrong time
the dog barks running home, the cat is out, shush, hush, groans follow
chirps, sea slaps, rain bangs, baby stirs on fresh sheets, rain falls,
fan turns and turns, sigh, sigh, sighs floating to sea –
rooster crows clear and pure from somewhere near – and then…
Out of nowhere it comes.
MamaMamaMama
Yes. Yes. Yes.
Oh. Yes.
Posted by Dr. Pearl Ketover Prilik (PKP) at 3:01 PM