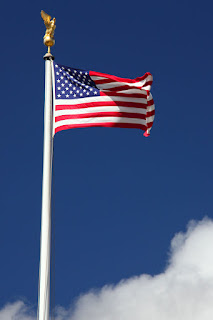 Just a little new perspective on where we are that I just jotted down - needs work but general idea - that truly turned the time around for me ... as much as I was disheartened by the recent turn of events and plans for the future based in part of exclusion and backward thinking .. I suddenly realized that this election has taught us that "hate" and sensationalism is more powerful than peace and plans for a better future and so we are now faced with a stellar group of throwbacks who would cast this country backward prior to the civil rights movement and forward into an age of darkness and despair. Unless - we see that we have now been given an opportunity to do all the good we can for all the people we can for as long as we ALL can - together... for.....

We were never meant to be the status quo -
trapped in Kevlar and cosmetics
kick the leather heels - free the sadistic squeeze
Let us rip the undergarments that bind, that cut our flesh -
Run fingers through hair and in shod ourselves in soft
sturdy shoes made for walking
walk the fields and mud and march the promenades -
shout with joyful unfettered glee
for we are united against each and every
outrage that falls across the way -
They have been gathered by a wise Universe
in one place - this unholy reunion of racism and restriction -
But we -
We - were never meant for the status quo -
We were meant for the wind
We were meant for mountains and seas and savannas -
city streets and sleepy suburbs -
We were meant always to ultimately leave the house -
Do not weep to leave the cold marble halls unto the appropriate agency - Leave it happily to the icy hands of men and some with empty eyes
the paper shufflers, the investigators, the writers of rules and restrictions, injunctions and investigations that even if passed, can no more be enforced than catching the wind in a glass jar -
Learn from our Native brethren and sisters the lessons they sang so long ago - the spirit cannot be sold nor overtaken.
Revel in the clustering of this minion of the old guard of flailing hatred
they stand together at the gate - let them be - we need them there
Let them keep on the lights so we can march -
babes in arms, young men striding aside -
unafraid, black, white, yellow, red - marching a convocation of old, young and all the in betweens -together in a chorus of polyglot symphonic celestial language -
We are moving as one - free from the "quo" -
changing the status of this now reborn land -
finally we are moving inextricably toward perfection -
Leave the lights on slave owners for we are coming
We are coming from each corner of this land to overturn each now exposed act of sneering contempt of constitution - written on parchment inscribed,
evolved illumated in the inextinguishable flame of our collective soul-
We are finally - as a people - springing from the loins of Mother Chaos -
born - free at last - fully formed from the collective of a billion teeming misdeeds, grievances, victories and eternal hopes and dreams -
We are the force of life
We are the force of love
We are the children and the creators invested with power cosmically past puny flailing fists -
We pour pity and power over hatred of ignorant impotent cloistered souls - Leave the lights on blazing in darkness now gathered -
We see you - easily - out from under sheets, unmasked, clapping in empty victory - grin your empty victory -
revel in ignorance that you are now finally exposed together arm in arm -
there you are in the bright light of justice - and...
we are coming .... U.S.A.