I
Ah she limped southward home – suddenly feeling the feeble crawling
into the hollow between each purple breath-
a strange stark completely non-mystic malaise fell heavily over  her shoulders
leaning onto a newly given cane –
feet shuffling as though already caked with soil – through this pestilence
of soul – she moved,
hunched -burdened as any donkey whipped forward
neither, family, friend, nor compromised future any consolation –
As she limped southward home – wondering where the past twenty years
had vanished and how she – yes she - had suddenly become the old woman
in the mirror who refused to return her true image.

II
Of course the prodigal son returned with a roar at the news – rushing in manic maddening proclamation to save her from herself – a daughter one-thousand miles away collected each word as an obvious treasure – spilling her longing in e-mails already grieving, lighting candles in the silences between them as they spoke of weather reports and therapies, reasonable, quiet talk, that drove her to the edge of madness – returning long-shelved thoughts of a cool tavern and an afternoon of quiet solitary Scotch – anything to still the prodigal son and the dutiful daughter as she struggled to remember where she had put her-
self
(Inspired by Whirligig words 7 -5/31)
III
They had a method in the old country for such descendant despair
the women would pick up complicated needlework and work -together
humming under the shade-trees.
The men, one fool after another - as young and sparkly eyed as small boys would break from
their toil in the olive groves – move out of the sun, play dominoes –
Though the women tsked and shook reproachful heads –
there was not a single one that did not - after a while-
smile – as they sat - women and men under the shade-trees
surrounded by stones bleached pale as the faded lace of old bridal gowns
the sun so strong that despair shriveled, dried and blew out across the green pastures - far into the unseen distance vanishing before reaching the gentle white dots of sheep grazing on the edge of the horizon.

As she climbed the stairs, unlocked her apartment door, limped in and
sat in the cool whir of air-conditioned air - among the things of her life-
time – her eyes drifted closed – and she felt the needle between her fingers the smooth edge of dominoes – and the imagined breeze in a created land of olive trees and grazing sheep and the laughter of simple living – and smiled –
in spite of it all.
(Inspired by Whirligig words 8 -5/24)

IV
When she woke - for surely she had slept – it was late –
darkness rudely fingered the sky and there was a full kettle on boil – curious and curiouser she thought – a top-hat sat on the table - just outside her vision flashed the white fur of a snow-shoe hare – Ah, she thought snarkily now this was nifty- a veritable cherry on the sundae of her supposed vanquished despair – For, you see, now she looked through the glass – spied her neatly arranged sitting room - all apparently in order - until she noticed the chain on the door switched from left to right a tumbled bag of carrots left on the kitchen counter swapped for a single unreachable ring sparkling in each carat of three– the then, the when and the now and without a single doubt
she realized Alice had returned and led her through the glass where she now stood befuddled, bewildered, and bewitched, pacing but without a hint of limp – breathing deep --
and free - fogging the glass from the other side –
Looking.
Yearning
to return inside – hope rising like a bright red balloon swelled to bursting
– delighted and disoriented – in equal measure - either on the edge of breaking free or about to
soar away deep
bouncing on the wrong side of the mirror –
Forever.
She chose to laugh
and glass
crumbled about her
to sweet powder
tickling
despair to dust
blowing past her unpinned hair 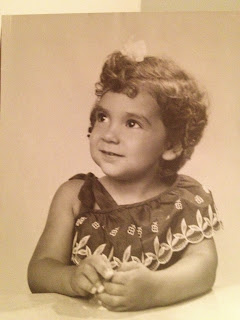 I was a constrained contained trapped adult
chained within childhood convention confines
and chronology – a compacted adult blowing
birthdays away with great puffs hotly eager to
grow – suffering enforced politeness at a host
of indignities – from “children’s menus” to all
that was held from me by simple size – seeking
to step into my future to come in the whisper of
the wind, in ruffled pages -books swallowed al-
most whole – …. Only now – when there is no
like-hood whatsoever that I should be mistaken
for a child – do the giggles bubble and a skip
slip into my step.

Only a Locket, Never for Wendy, Picnic, 3 Poems on Loss/Lost

Only a Locket, Never for Wendy,  Picnic,
3 Poems on Loss/Lost 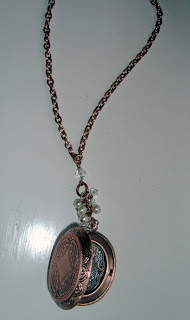 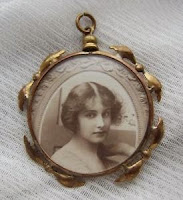 It was only a little thing
they told me – again and
again – not worth much at
all – replaceable in any low
end jewelry store – They’d
buy me another – Another –
Sweet secure, ignorant young
faces – mystified at grandma’s
tears overflowing the sharp
ruts in soft creases that was
now my metaphormized face
dripping onto my parchment
hands -older now by decades
than my mother’s ever got to
be – It was the remembering –
My mother her smile like a
dream – putting me on that
boat – my name pinned to my
good navy coat – My mother
sea wind whipping her hair
from its pins – clutching me
to her hard as the ship’s horn
blasted – and in an impetuous
fumbling final frantic moment
reaching up -into the tangle of
her hair and unclasping the locket
I had never seen her without –
Pressing pressing it into my hand
closing my fingers around it – as
the crowd surged forward
pressing pressing – that little locket
in my palm – holding it so tightly
that even as the crowd carried me
off with them-as the ship pulled
from shore and all the people dis-
appeared I could still feel its mark
– and the heat of her heart – with
me in the wake of the waves as
a cold wind blew me to America.


* photos are not personal - they are public domain images 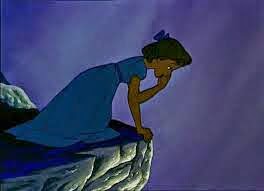 It was a family circle picnic
there were faces never seen
children running in circles
in the dappled summer sun
to the lake where I was for-
bidden and so,wandered on
a winding path through cool
trees -light filagreed through
-barefoot – and dreamy and –
three – the clatter chatter of
their voices fading to bird-
song and then vanished and
there I was –
lost

The making of Honey

The making of Honey

“Oh I is so tire honey”
My mama worked “in
clothes” that’s the way
she liked me to say it –
Once I peeked in after
school when I sat on
the bench in the front
of the store and waited
for that opening of the
door that would spill
her out. Once I peeked -
and there she was lining
up a row of shirts so -
straight and fine I could
have taken my grown-up
-engineer-self’s level to it
and a bubble would have
floated just perfectly -
Back then on that day –
could have been any day
“Oh I is so tire honey”
lingered in the air sweet
mysterious and sacred
as a Latin service I heard
once – ending with a bell
shimmering like a tear -
Everything come together
in the hot steamy waiting
to a discrete symbol -
A simple element on
the periodic chart of
our life together –
ever remembered