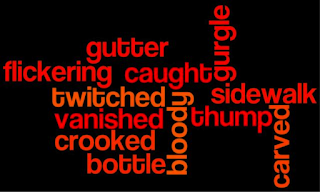 As there in the patch, in his prime, alone in the cold empty night
His destined one of the Those brought down the machete with all of its murderous might...
Posted by Dr. Pearl Ketover Prilik (PKP) at 8:23 AM 7 comments 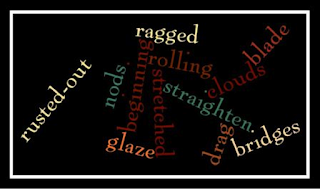 Postcard Shorts: Stories that fit on a postcard

Postcard Shorts: Stories that fit on a postcard
Posted by Dr. Pearl Ketover Prilik (PKP) at 7:41 AM 0 comments

Wordle #26.  DANCE IN THE SHALLOWS

It was in The Shallows
long ago a distant crush gathered in
the song of dancing music
trembling the earth as the girl feet
already sore stumbled forward in the dark
thinking of simpler days of running hoops
as he burst as a bolt from nowhere beside her
grabbing roughly her fancy dressed shoulder
she topples broken into the dust of never
forgive, causes kept in the tremble of
the earth and the music faded long ago
consigned all to this single dangled drop of time
in The Shallows long ago
Posted by Dr. Pearl Ketover Prilik (PKP) at 6:18 AM 9 comments 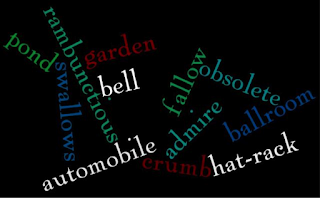 There in the moon shine swallows’ wings dip in pond shadows
as a rambunctious fellow climbs from his new now obsolete
Model T- cranked driving automobile, leaving it cooling coughed sputters at the end of the road
as he walks with purposeful strides across the lawn through the lily garden tossing a crumb from his top-coat over his shoulder as the bell tolls nine, flamencos the foyer twirls his fedora from shimmering hair onto the gleaming hat-rack sheds his cashmere and keeps moving
inside the expectant faces of five innocent belles peal softly fallow
as he with his glinting eyes drenched in charm, cologne and swagger finally enters the parting velvet sea of admire
Posted by Dr. Pearl Ketover Prilik (PKP) at 3:23 AM 6 comments 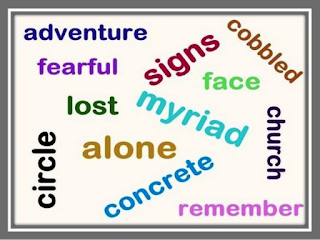 Lost in an amnesiac adventure,
cobbled by a misted miasma of myriad memory – suddenly a concrete clarity rips the diaphanous veil revealing each feature of that familiar tiny face – floating undeniable signs of the crumbling of the walls of peaceful oblivion - bringing the chill of the dreaded remember into the shadow thrown by that clapboard church – standing still, alone and fully awake before a circle of fresh turned earth
Fearful, of each unrecalled yesterday and as yet
unfurled tomorrow.
Posted by Dr. Pearl Ketover Prilik (PKP) at 10:33 AM 4 comments