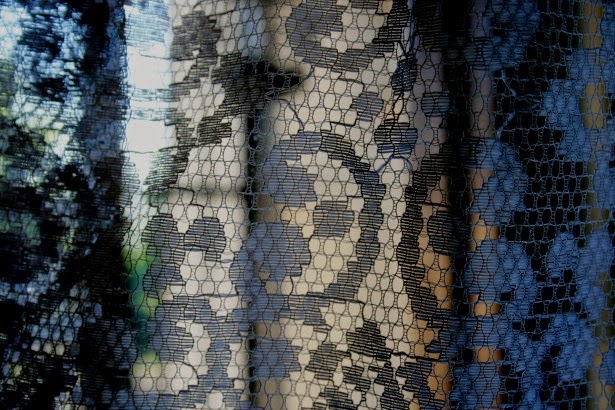 I have stamina here alone
with a plain alibi, or certain yarn
Orice did not tell or offer shit
I received the news or truth from Florarul

No confession not a word to me
Yes nothing to hear, of me, you gamete craven
Yes nothing stopped your pair of lips
No turbulent adventurous feet

Naomi admit to me where you go
The complete answer is simple
The answer is plain to see
Tell me for goodness sake, it is not long to tell me

The following is the prompt from Dverse in its entirety ....

Hello, everyone, Marina Sofia here back behind the bar tonight and so pleased to see all your friendly faces after the holidays! I thought we’d try to keep the summer mood going for just a little longer and attempt something fun and different today.
I’ve always been very passionate about how poetry sounds and always need to read a poem out loud to ‘get’ it.  So I’ve been intrigued by the concept of ‘homophonic translations’, i.e. translations that rely on sounds rather than meaning. It’s a humorous and easy way to free up your synapses to make some brand-new associations. Here is a classic example of what a schoolboy understood of a Latin text.
The result is often humorous, but it can also be serious. It won’t surprise you to hear that I made a funeral dirge out of a sweet little ballad when I attempted this exercise with a Croatian poem. Since this exercise works best when the translation is from a language you don’t understand at all, I’m offering you a poem in Romanian.
Lucian Blaga (1895-1961) was a Romanian philosopher, poet and playwright, particularly active during the period between the two World Wars. After 1948 his lack of support for the Communist regime in Romania led to his works being banned for being too ‘idealistic’, rather than describing ‘socialist realism’.
The beautiful, romantic and very melodious poem featured below is one of my all-time favourites. I don’t expect many of you to understand any of it (Italian and Spanish speakers may pick up the odd word or two) but I would like you to allow yourself to be carried away by the sounds and imagine a translation for it. (Don’t cheat by using Google Translate!) Don’t worry about the diacritical signs – just invent your own personal way of reading those letters.
Ne-om aminti cândva târziu
de-aceasta întâmplare simpla,
de-aceasta banca unde stam
tâmpla fierbinte lânga tâmpla.
De pe stamine de alun,
din plopii albi, se cerne jarul.
Orice-nceput se vrea fecund,
risipei se deda Florarul.
Polenul cade peste noi,
în preajma galbene troiene
alcatuieste-n aur fin.
Pe umeri cade-ne si-n gene.
Ne cade-n gura când vorbim,
si-n ochi, când nu gasim cuvântul.
Si nu stim ce pareri de rau
ne tulbura, piezis, avântul.
Ne-om aminti cândva târziu
de-aceasta întâmplare simpla,
de-aceasta banca unde stam
tâmpla fierbinte lânga tâmpla.
Visând, întrezarim prin doruri -
latente-n pulberi aurii –
paduri ce ar putea sa fie
si niciodatã nu vor fi.
Read the poem out loud  and try and see if any of the words sound a bit like English words to you. Do any words look like English or Latin or German or other languages you might know? Allow yourself to be swept away by repetitions, melodious cadences or word associations.
Now, try translating the poem using just the sounds and look of the words. Bring in the images that those words awoke in you. If you can, stick to the original line lengths and stanza shapes. Don’t make the poem longer by ad-libbing or over-explaining. Just go wild with it and see what you can come up with! The end result doesn’t have to be full of puns or even humorous.

Labels: written for dverse prompt - to create a poem from an unknown language from the sound association of words and repetitions of words...

up a long flight of stairs
climbing -  longing
to turn and run down
before they reached
the door - instead in
Sunday finery marching
each step too high
for small legs pushed ahead -
offerings to seal any rift,
sustainers of  sight
in the absence of light
in those flat near dead eyes
that sat right behind that
peeled-paint door - waiting
to stutter step–the beginning
of long talk in that small sour
scented room in a language that
bone-boring-baffles –
Until flat dull eyed woman - rises
from her threadbare armchair
at the window moving toward
them, slowly, like a rickety
cart rattling with dry bones -
and they, good children, do
not cringe as she opens her
dry lips and vomits hot breath
over them - delivering
the wretched requisite kiss
of their sweet release
Visit over ...
until
next
week


The Sunday Whirl
Posted by Dr. Pearl Ketover Prilik (PKP) at 5:30 AM 10 comments

In horror at the beheading and in honor of the life of Journalist, James Foley

Labels: PA Prompt - write a poem based on a news story

My Mother – The Demimonde

My Mother – The Demimonde

He had heard him in that black night
fragrant as rotting oranges
exotic as Africa –
his father's hissed
single-soul-shaking-word woke him
snaking through heavy air from their bed
to his cot against the wall in the hall
“Demimonde”
his father hissed harsh and low, black and red
as a Mardi Gras mask –
though other words
slithered - spawn hurried after –
“abomination,” “transgression,”
“allegiance,” these unlike Demimonde - all
familiar echoes returning from boomed
Sundays back home when he sat
in scratchy silence on a hard pew
Awful but spoken - unlike “Demimonde”
He was seized in the stick and sweat of
that summer night with a wave of wistful
protective ifs, - if  he could just jump from that
summer shack and run through the New Orleans
night, find a church, light a candle, for God’s sake
Help her,
If he could only return, his mother of sweetness and light
back to the shelter of their laughing-tickling
drinking sweet tea on the way to the beach
hands swinging together singing – before his
father came from to visit - he was ready
to perform any multitude of eight-year-
old rites to bring her and him back out of this
dark demon studded night
Yet in the gray stickiness of almost dawn
he shrank, knowing she was beyond salvation
for he remembered “Demimonde”
and the Sears catalogue, seen just this past Tuesday
in Penny’s brother’s stash – that stash
of nearly naked women wearing “demi” somethings –
their wanton breasts, thrusting, spilling on the pages
under knowing smiles and now – in this night of reckoning
shamed by his staring, he was reborn
into irrevocable knowing
his own mother
was such a demi-wearing one –
and somewhere perhaps a boy such as he would
stare at his own “demimonde” mother and whisper
in childlike incarnation of his fathers condemnation
“I want her – I want those demimondes for myself.”


The Sunday Whirl
Posted by Dr. Pearl Ketover Prilik (PKP) at 4:47 AM 34 comments