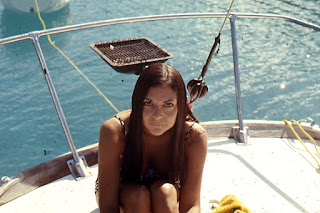 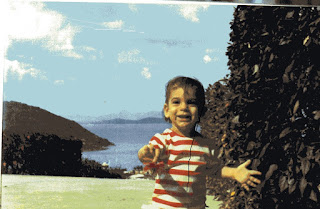 at twenty – found myself in a white dress

father at my side – in an alcove heading

down an aisle that had nothing to do with

who I was or what I felt and no –there was

no little one pushing the walk – simply in-

things were different then – I was different

then – went along to get along and there I

walked – every road has a reason – this one

led after several months of the blurry groom

finishing service duty to a honeymoon – one

of those packages advertised on Thirty-Fourth

one with ‘night-life’ and one in the middle –

I, a would be hippie Goldie Locks chose the

and as the doors opened was sucked as surely

as Alice down the rabbit hole into wonderland.

I was home – frangipani filled my head – my

as I walked down the plane steps I shook off shoes –

headed compatriot with the matching ring and his

But, that was that road – patently perfectly different

from the ticky-tacky houses of surburbia lined up

on Long Island or Scarsdale that I foresaw with

chilled foreboding marching me onward on a conveyor

belt to my eventual plot in some tree laden stone garden.

I had escaped … and stay I did, we did, - the marriage

surviving on the nectar of paradise – the brilliance

of crimson flamboyant blossoms, bougainvillea and

crayfish pulled from the water, a job offered teaching

little children, eventually a baby of my own – a huge

sitting on a terrace nursing the child and watching

that they were bats after all – day after day unfolded

each presenting another gasp of agape wonder at

postcard beauty … as the baby stood and toddled

and the fellow with the matching band – sometimes

lost it and smashed something or needed ice for

his knuckles when they met my teeth – everything healed

quickly in the clear salt water, in the laughter of friends,

folk music on guitars, reggae dancing barefoot in the streets,

steel drums, and motorcycle rides through the rainforest –

until he grew radically restless and needed to leave – began

the drumbeat that grew louder minute by minute, month by

month, until suitcases packed I walked the plank to the plane

into the open arms of family who mostly, but for one never

understood why I had chosen to stay away –

Every road has its destination – that one to inexpressible beauty

and fruitfulness seeding the implantation of certainty that there

was always another way, another road – another time -

Another road, books, and libraries, papers and writing, trains, and teaching

teens, listening to the uncanny wisdom of a small child growing into the man

I knew he would become, friends, cold white wine on summer beaches, walks

in The Village near grad school and more grad school, rushing home to sweet

little boy hugs and games, snuggles and hot chocolate and marshmallow snow days and when he visited family, allowable lust, oh that allowable consummated consummate lust. This jiggling path, from folk to disco, from fairy tales to Faulkner to Freud side by side with motherhood, and more big slips of paper for framing, letters to trail my name. Finally, a friend, with a centered center, unexpected love,

ready made children, a birthed book, and another and another with my name on the spines - This forsaken, forced upon road, this just long and windy enough road to build a career, a life, and feel the poetry of Caribbean warmth flooding veins in the coldest of days – moving forward on new roads – fed on with wisdom of that first footfall placed decisively on a path that felt right – continuing on all the others – that followed, all the others that continue to flow – to flow as clear as the crystalline confidence of the Caribbean sea – rocking me to tomorrow trusting in the path.